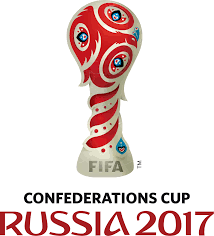 Held every four years by the Federation of International Football Associations (FIFA), the Confederations Cup is a global football tournament played by national teams around the world.

Prior to becoming the FIFA Confederations Cup tournament we recognise today, the event was originally named the King Fahd Cup and held in 1992 and 1995 in Saudi Arabia. Four teams played, with six later competing in 1995. Argentina lifted the first trophy. FIFA took on the organisation of the tournament from 1997, when it became the Confederations Cup.

Between 1997 and 2003 the event was held every two years, being hosted by Saudi Arabia, Mexico, South Korea, Japan and France. From 2005, the competition has been held every four years. The tournament is held the year before at the same stadiums set to host the FIFA World Cup.

Between 2005 and 2013, the FIFA Confederations Cup took place in Germany, South Africa and Brazil, with the most recent tournament taking place in Russia in 2017.

Eight football teams from around the world compete in the FIFA Confederations Cup. These are the hosts, the world champions and the six winners of football championships.

Following the competition draw results, teams are separated into two groups. The teams securing first and second places in each group enter the play-off stage. Semi-finals are then held, followed by matches for third place. The tournament then finishes with the final match. If your team plays in a competition, you can get your Football Kits from a number of different suppliers and kitking football kits come in a variety of different colours and styles meaning you can find something to suit you and your teammates. 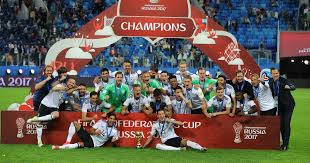 The prize for the winning team is a gold-plated and bronze globe-shaped trophy decorated with lapis lazuli gemstone and an ebony base. It measures 40cm tall and weighs 8.6kg.

The highest scorers throughout the Confederations Cup tournaments have been Cuauhtemoc Blanco for Mexico and Ronaldinho for Brazil, who each scored nine goals.