If you were running a failing restaurant and someone offered you the assistance of a Michelin starred Celebrity Chef would you A; say yes and take every single word of his advice, and then some more. Plus do you get him on the Lincat OCMPC61 opus electric combi oven, like the ones you can see at https://www.247cateringsupplies.co.uk/catering-appliances/commercial-ovens-and-ranges/combination-ovens/lincat-ocmpc61-opus-combi-oven and have him whip up some dishes that you can sell to the inquisitive punters who’ve heard that Gordon Ramsay is in town working at that terrible restaurant.  Or do you B; sit and look surly whilst he tells you precisely what you’re doing wrong and how to fix it before you angrily say you don’t accept it and you pull the microphone off your chest and storm out?

Any rational person would opt for “A” especially as this is Gordon Ramsay on his kitchen nightmares program that we’re talking about. And yet it seems that Option B is where many of the owners decide they want to be when Gordon comes calling. Its probably due in part to the production teams wishes. They are not likely to pick someone who is open to advice as they do not make good TV. They want you and I to be shouting at the TV, “He’s just told you not to serve that wine with that dish and that you need to pay your staff more! Why can’t you listen!” because it means we will keep watching the shows next part and will sit through the adverts. Maybe this time we will give in and buy a Ford Focus.

Gordons approach is simple. He goes to the restaurant and introduces himself. He then has a meal there and observes the chaos around him whilst his own voiceover states how restaurants are opening and closing with stunning regularity and it’s a very tough business. He soon spots the problem or problems. The place looks shabby, the menu is all wrong, the owners can’t trust the cooks and keep interfering or the head chef can’t even cook an omelette (this was actually the case once). Gordon half eats his meal and then makes a prediction that if Jim Bob and Mary Lou don’t shape up the place quickly then they are going out of business. 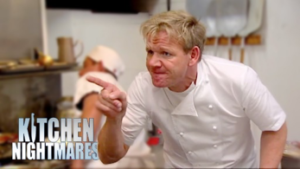 The next scene is the owners. Gordon lists the issues and generally one of them breaks down to sad music. If the producers have got it right they can play some dramatic music as one of them storms out. Its ok though as they soon come around as Gordon pops out and puts a friendly arm around them and says he only criticises because he cares. The thing is, Gordon does care. He doesn’t like to see people struggling and his advice is invaluable. This is proved right when they implement his ideas and he goes back later and everything is fine.

Choosing the right equipment for a small commercial kitchen

A Guide to Stacking Items in a Display Freezer

Steps to Preserve Your Popcorn Tools Clear And Secure

Is CBD Oil Suitable For Cats?

How to Shop for CBD During Cyber Monday Sale

How to Select a Professional Handyman