August is rapidly approaching and that means the start of the Premier League. This season will be the 26th and it is shaping up to be one of the best. After a brilliant World cup run by England in Russia you can bet that they will be fired up to show the skills and experience they’ve gained by channelling it through their club performances. Hopefully the England lads are having well-earned rest, but you can be sure they’ll soon be back on the training pitch and going through Soccer training drills likes the ones available at https://www.sportplan.net/drills/Soccer/drills.jsp. What can we expect to see this year? 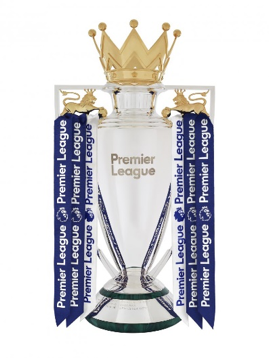 The smart money says that it will again be a contest between the two Manchester Clubs of City and United.  Under Jose Mourinho it seemed that United were slowly getting their mojo back after a few disappointing runs in the league. City meanwhile will be looking to win back to back championships and get their fourth title, though they still have always to go to beat United’s 13.  The odds are bit against them only Chelsea and United have been able to complete back to back wins and there is always the Champions League as well. Is that where Pep Guardiola’s intentions lie this year? Other things to look for is if Jurgen Klopp can continue the rebuilding of Liverpool. He has the English talent in Lallana and Henderson but now with the incomparable Mo Salah on board can they mount a serious challenge? What of the London Clubs? Spurs have been nearly men a few times. Can Harry Kane score in August and get them going? Arsenal and Chelsea are both under new management. Will the Gunners break with spending habits now Arsene Wenger is gone and what will Sarri do with Chelsea, especially as it looks like Eden Hazard maybe the replacement play maker at Real Madrid for the departing Christiano Ronaldo? 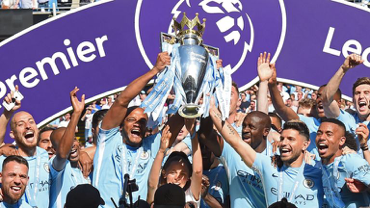 At the other end it looks like it could be another year of struggle for Huddersfield as the promoted team of Wolves, Cardiff and Fulham have some Premier league experience and have tough squads; Ryan Sessengon for Fulham being a standout prospect. As ever it will be a year of consolidation for others like Leicester (former champions no less), Brighton, Watford and Bournemouth. Survival and a good cup run is all they can really hope for until the ongoing prize money for being in the Prem kicks in and they can build. For fans of these club’s patience is a virtue.

Who will be the surprise package. Leicester were the ultimate ones in 2015-16 but last year it was Burnley. Scott Dyches men have secured Europa League action. Let’s hope it doesn’t affect their league form. Everton are the other. They never got going despite some good signings and now they have England Hero Jordan Pickford in goal. Manager Marco Silva is young and ambitious, and they have a nice easy start of 6 or 7 games. What can they achieve?